Thanks to Don Haas and Pro Hockey News for coming out to our first game in a long time! It's just to bad you guys didn't cover our 2OT Win the next night.

ANNAPOLIS, MD: On Friday, Navy’s D3 hockey team lost to George Washington University’s D2 team by a final score of 12-7. The game was Navy’s first of the season after just five practices. 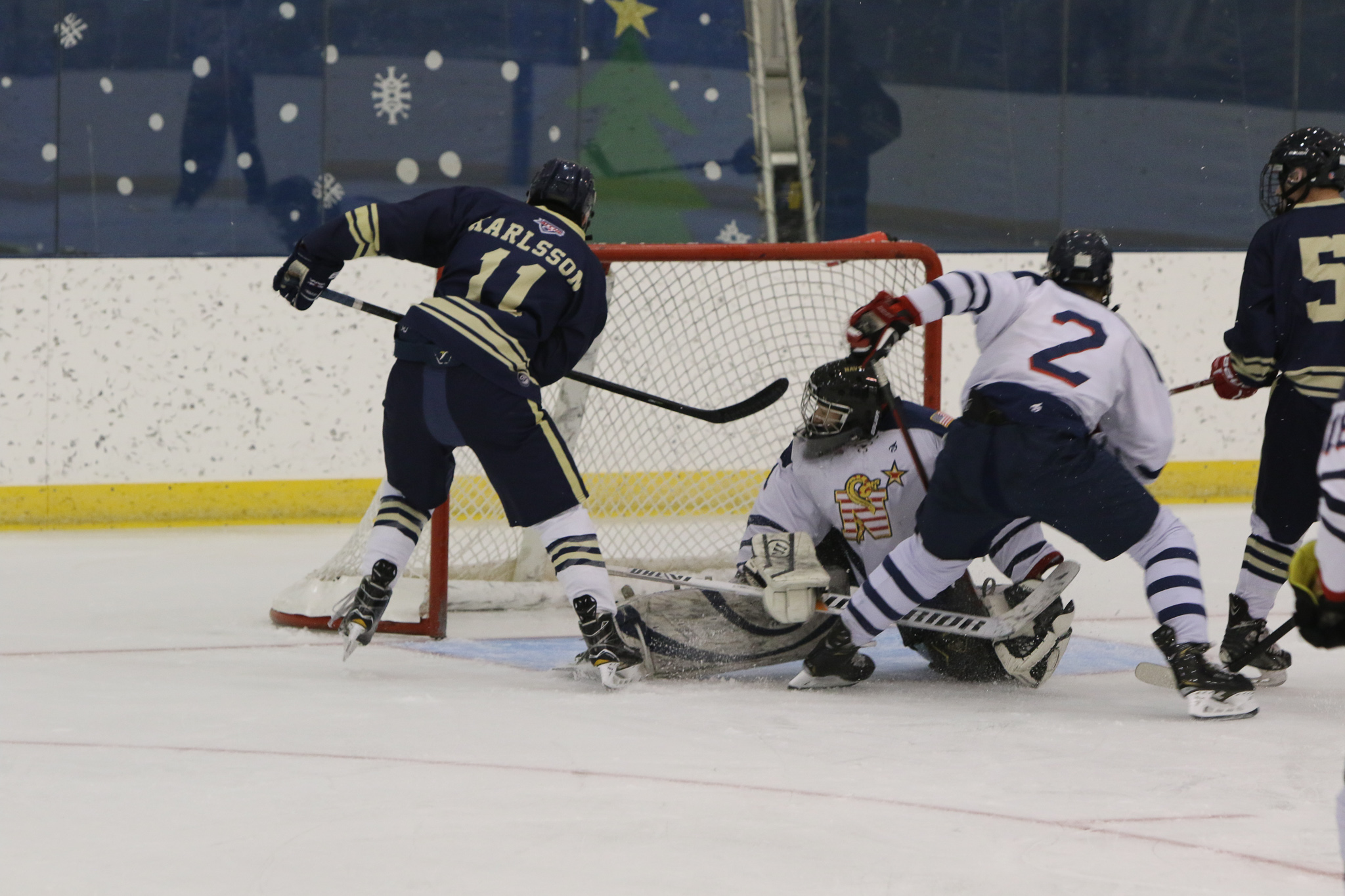 The GWU Colonials would get on the board first on a power play goal with 16:03 remaining in the first period. Morton would score with assists from Augie Burkhardt and Eddie Tuohy. Less than a minute later, the Navy Midshipmen would tie the score on an even strength goal by Ben Grieb, with an assist from Frank Thomas. GWU would get the next two goals of the period, both on power plays. Morton would score again with an assist from Tuohy with 11:53 remaining. It was Grey Harral with the next goal with 9:21 remaining. The assist on the Harral goal would come from Clendenin Stewart. Navy would close the gap with a power play goal of their own with 5:39 remaining. Chris Civetta would get the goal with help from Ryan Samotis. George Washington’s Cameron Bernard would round out the scoring in the first on a breakaway even strength goal with 4:12 remaining, to give the Colonials a 4-2 lead at the end of the first period.

Navy would open the scoring in the second with a power play goal from Civetta, with Samotis getting the assist just one minute into the period. GW would get another power play goal with 14:59 remaining. It would be Brian Brown with the goal and Tuohy with another assist. One minute and ten seconds later, Jagan Nautiyal, of Navy would score an unassisted even strength goal. Brown would score again, on a power play goal for GWU with11:17 remaining and Morton getting the assist. The Colonials would extend their lead on an even strength goal from Stewart, and the assist to Burkhardt with 9:51 remaining. During a five-minute power play for Navy, the Midshipmen would score twice, while GWU would score a short-handed goal. Navy’s goals were with 3:11 remaining, scored by Spencer Anderson, with assists from Civetta and Samotis. Chris Civetta would complete his hat trick with 1:02 remaining. Clendenin Stewart was the short-handed goal scorer with 2:17 remaining for GWU between the two Navy goals. The second period would end with GWU taking an 8-6 lead. 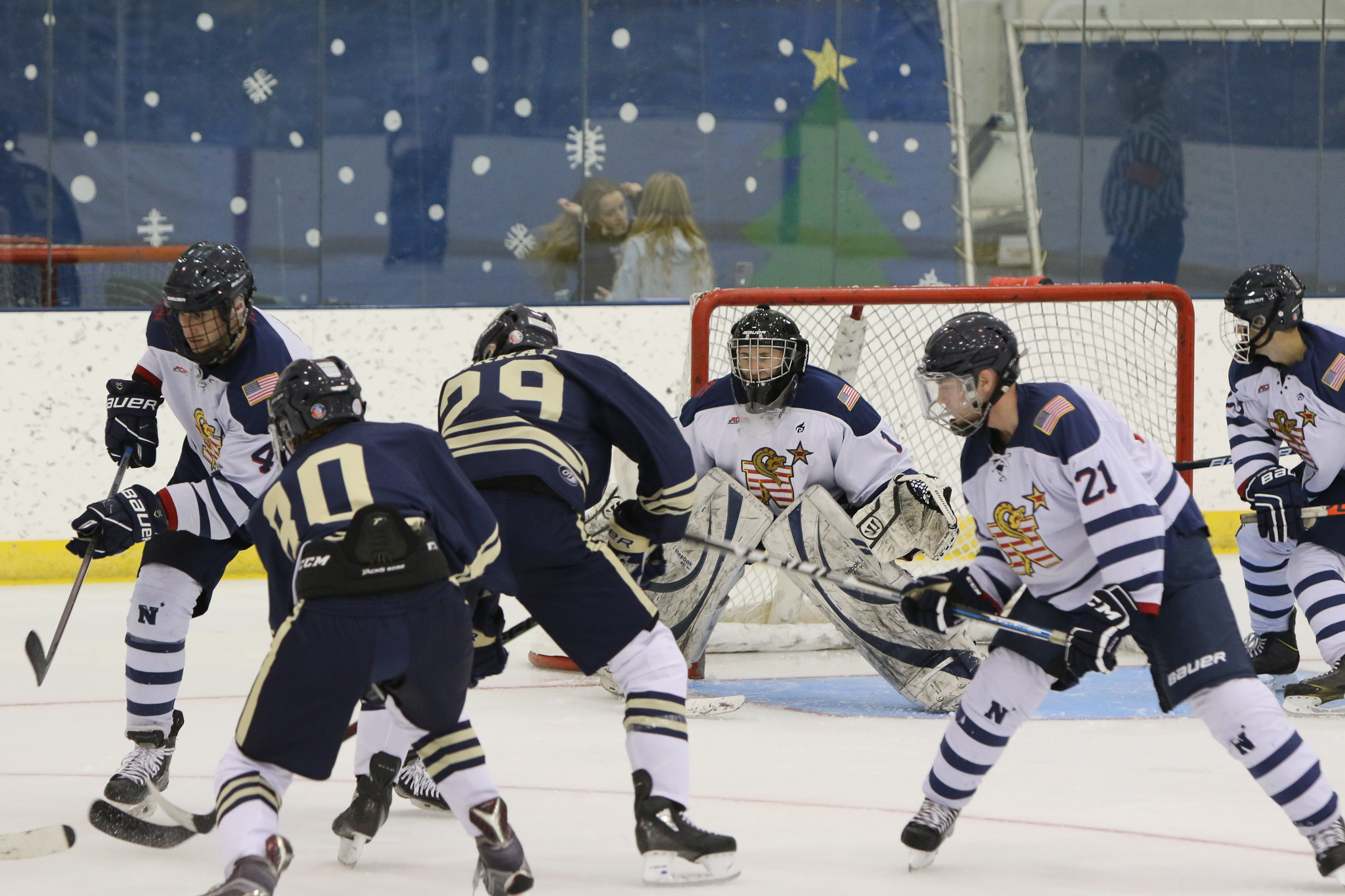 The Colonials would break the game wide open with the first two goals of the third period. Morton would get his own hat-trick with assists from Tuohy and Burkhardt with 17:34 remaining on a power play goal. Brian Brown would also get a hat-trick with an even strength goal with 15:08 remaining. Assist on the goal would come from Morton. James Hanson would finish Navy’s scoring for the game on a short-handed goal with 12:33 remaining. Cooper May would score for GWU with an assist from Harral with 10:08 remaining. With just 34.5 seconds left, Alex Blau would complete the scoring for the Colonials with an assist from Morton.

GWU fired 41 shots on Navy’s freshman goalie, Andrew Rugg. Rugg made 29 saves for the evening. Zach Lesniakowski would make 28 saves on 35 Navy shots for the Colonials. 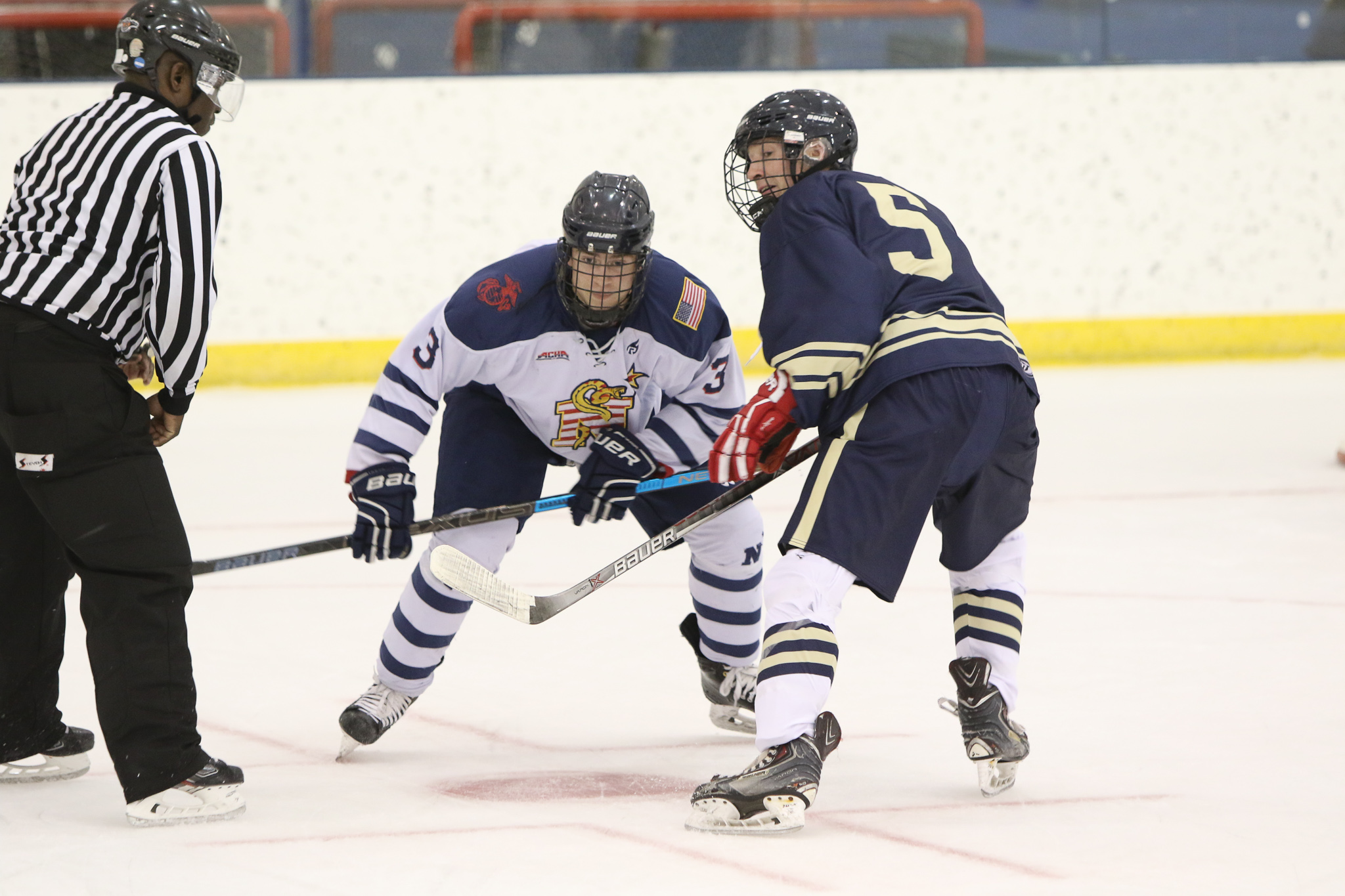 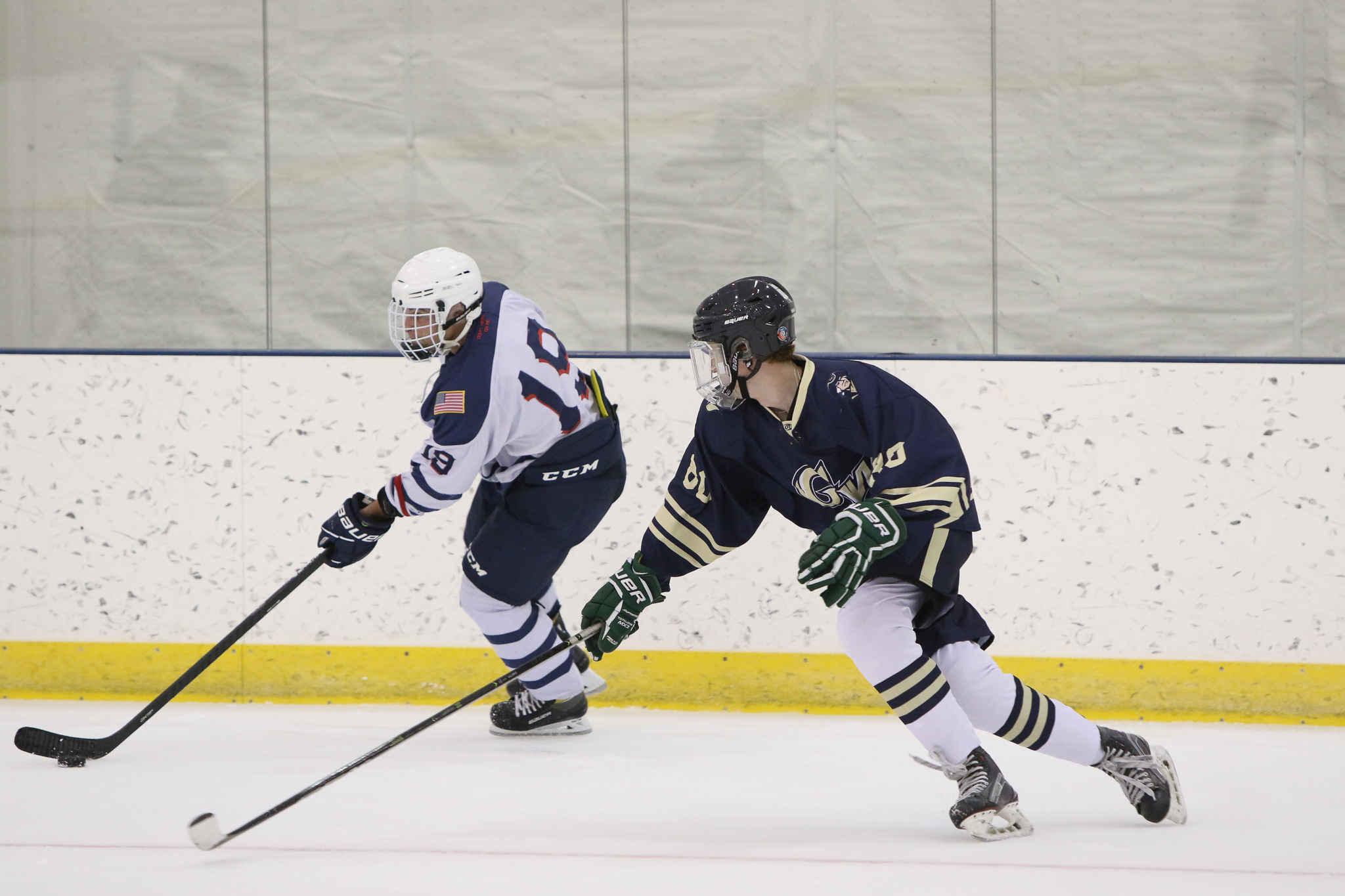 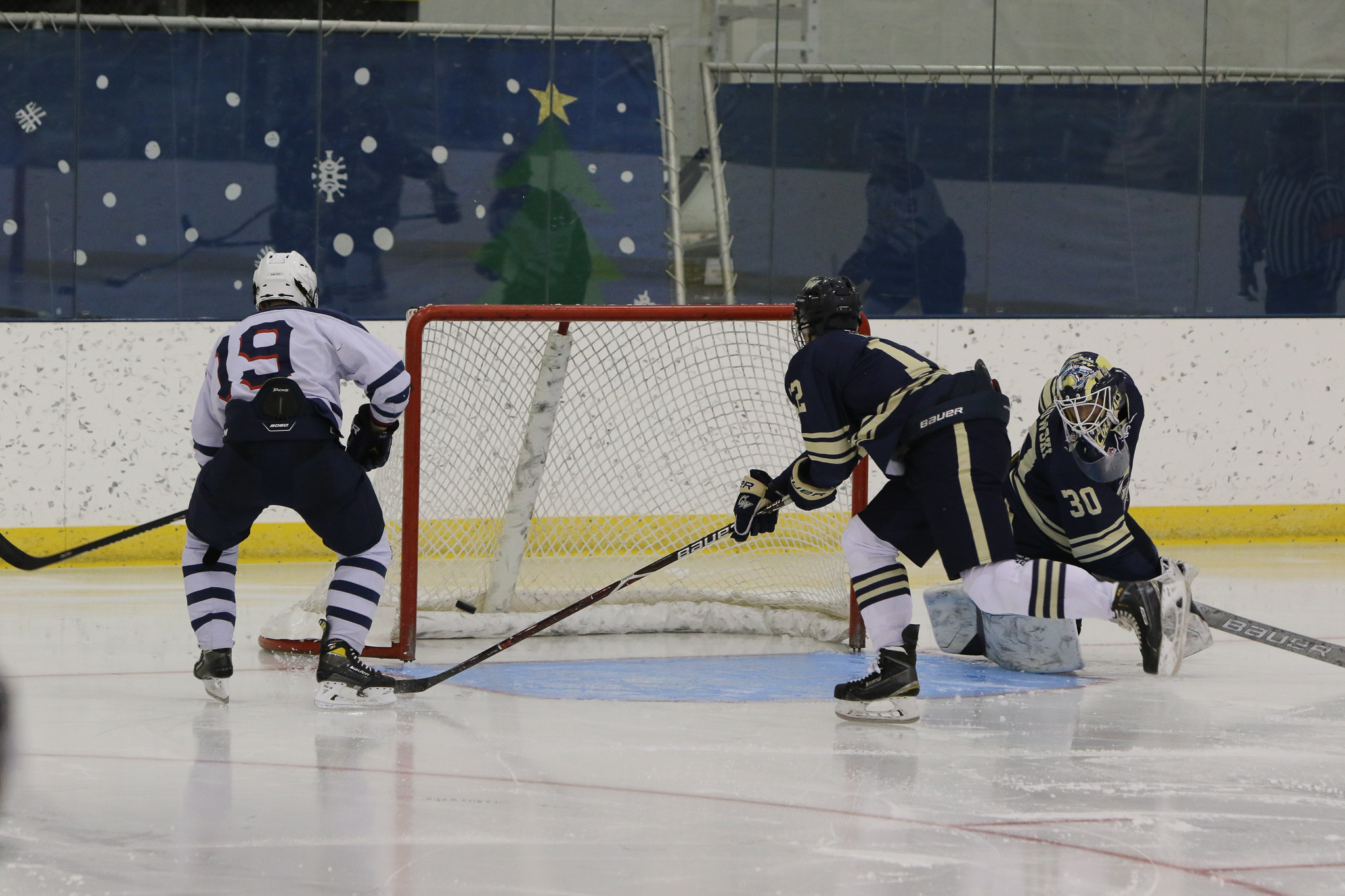 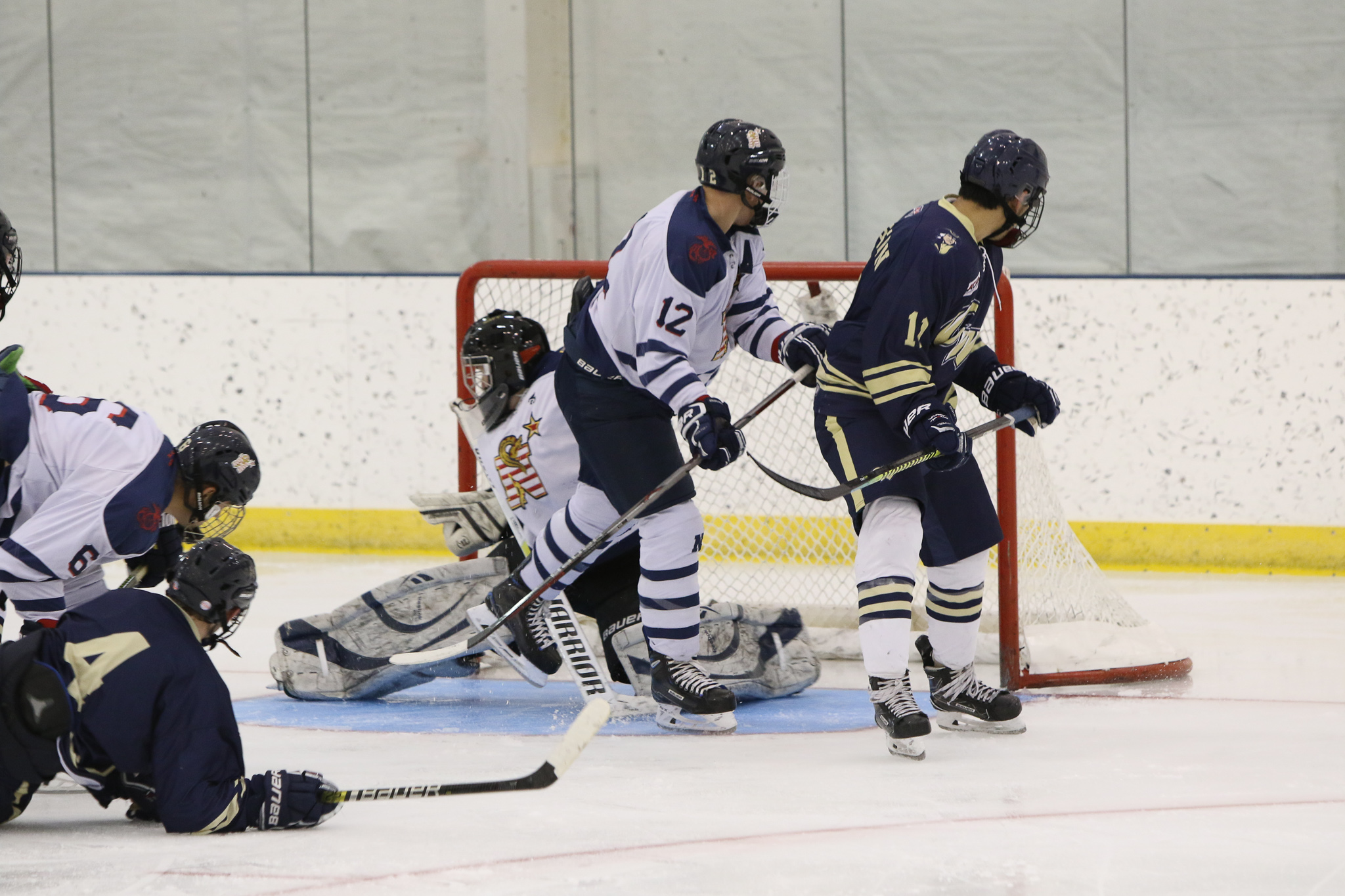 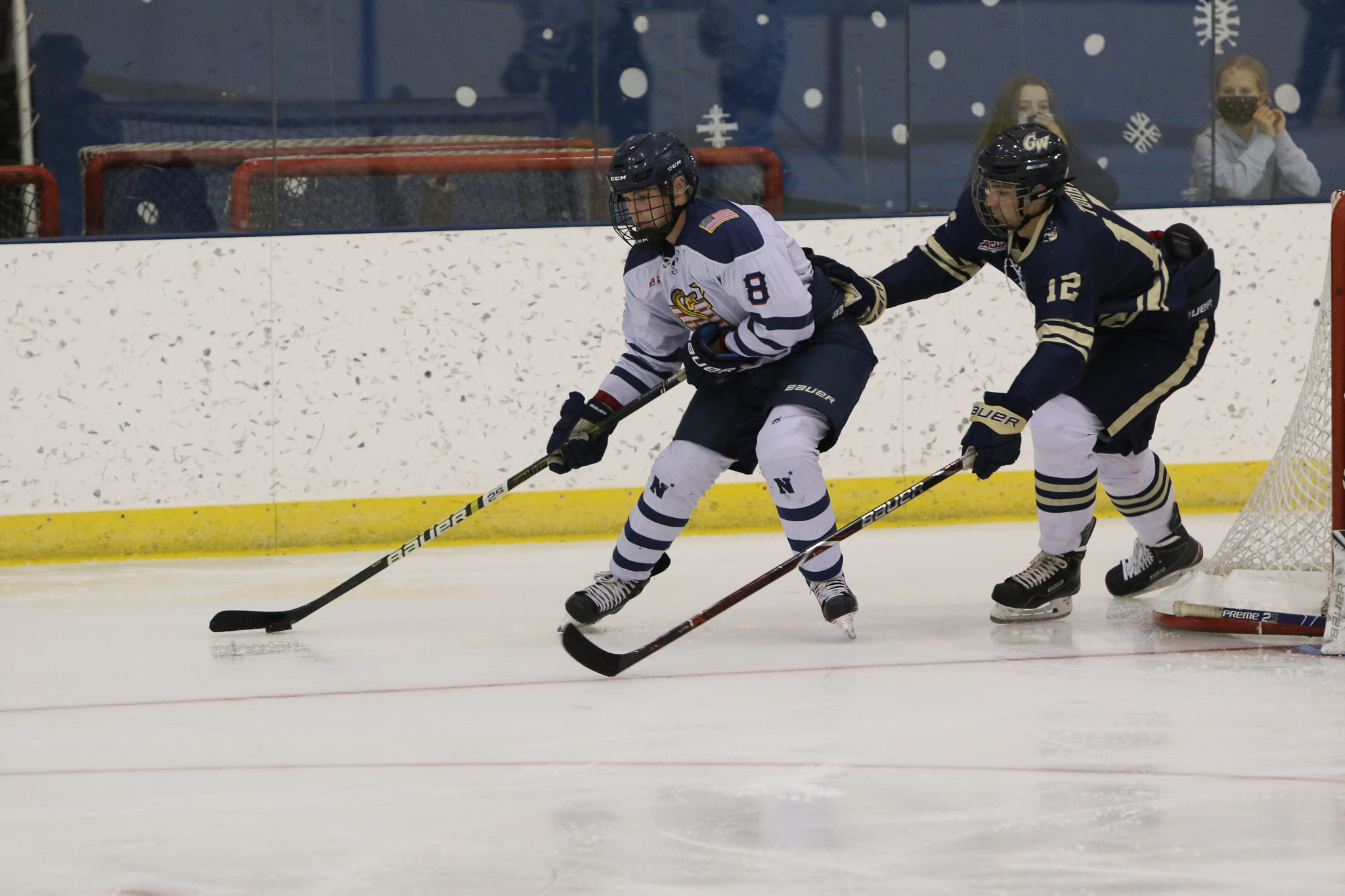 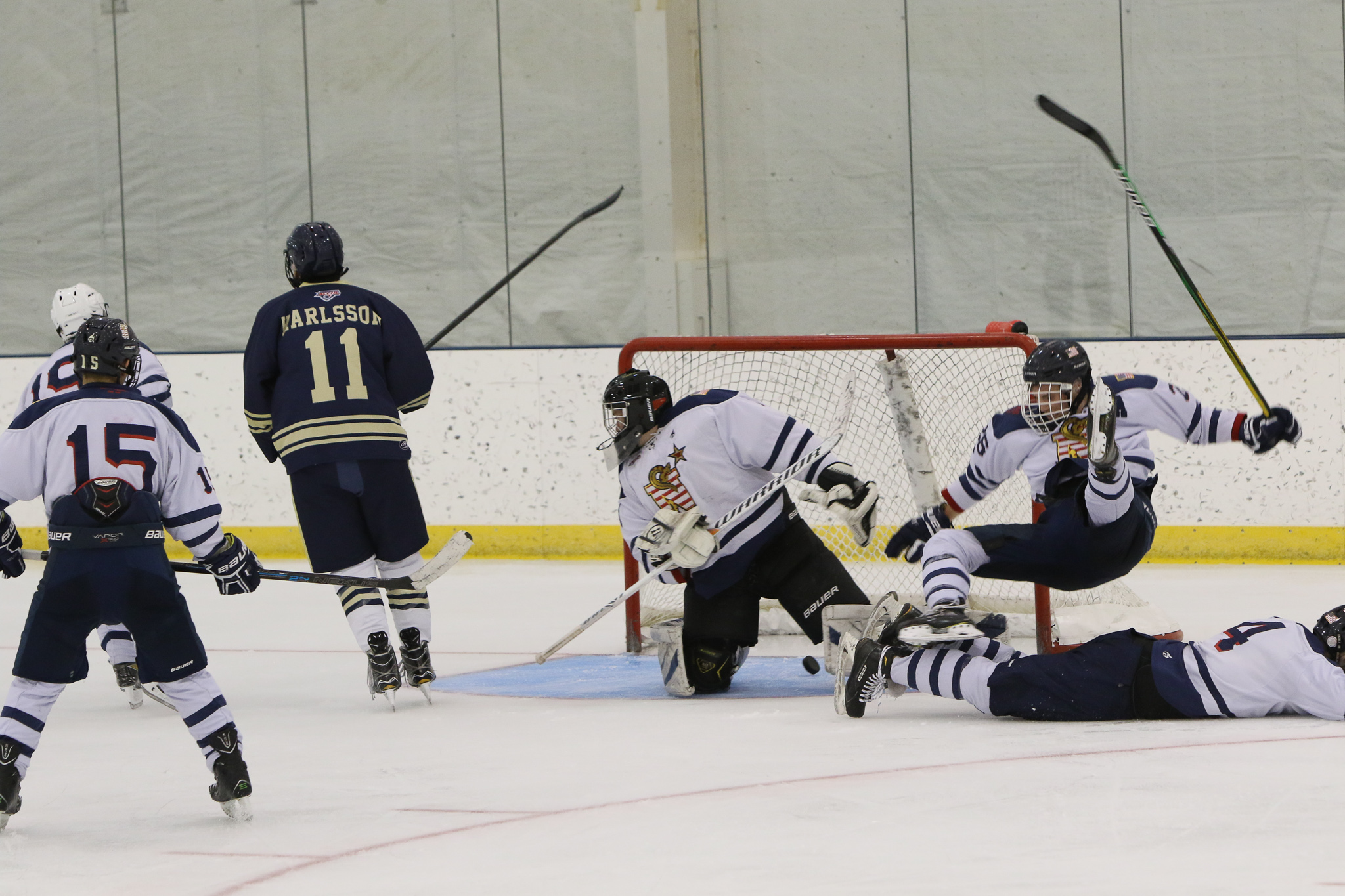 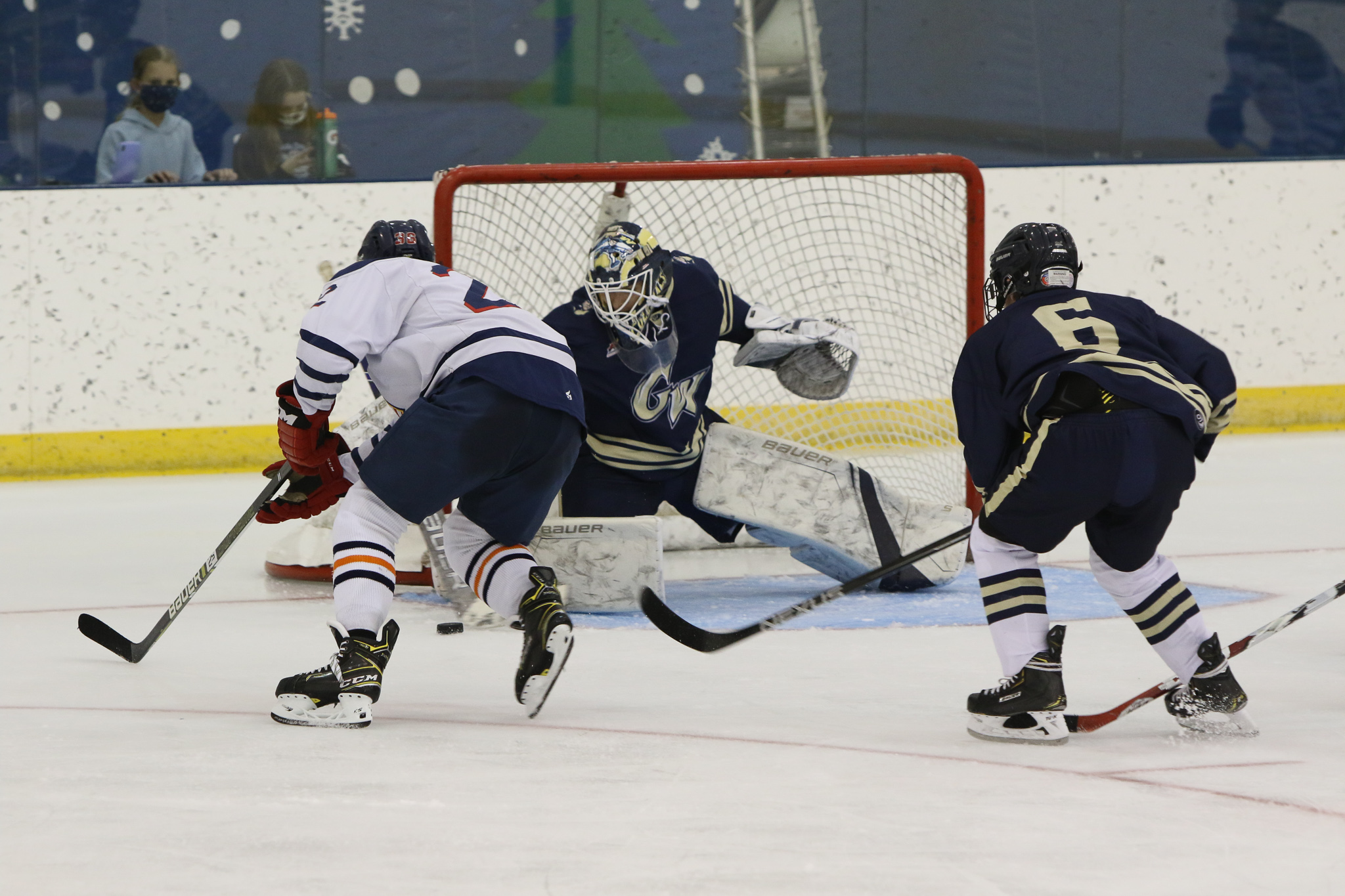 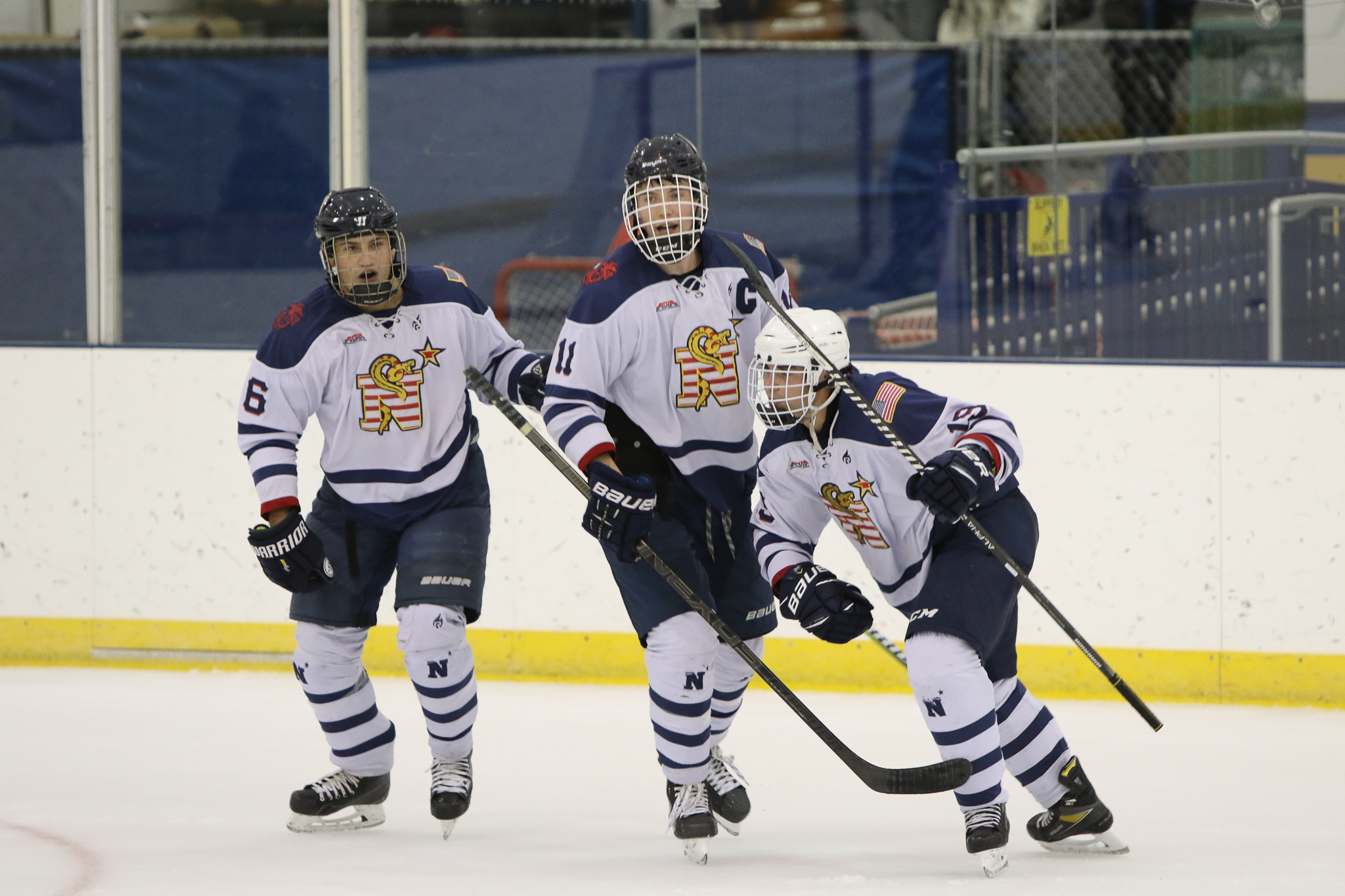 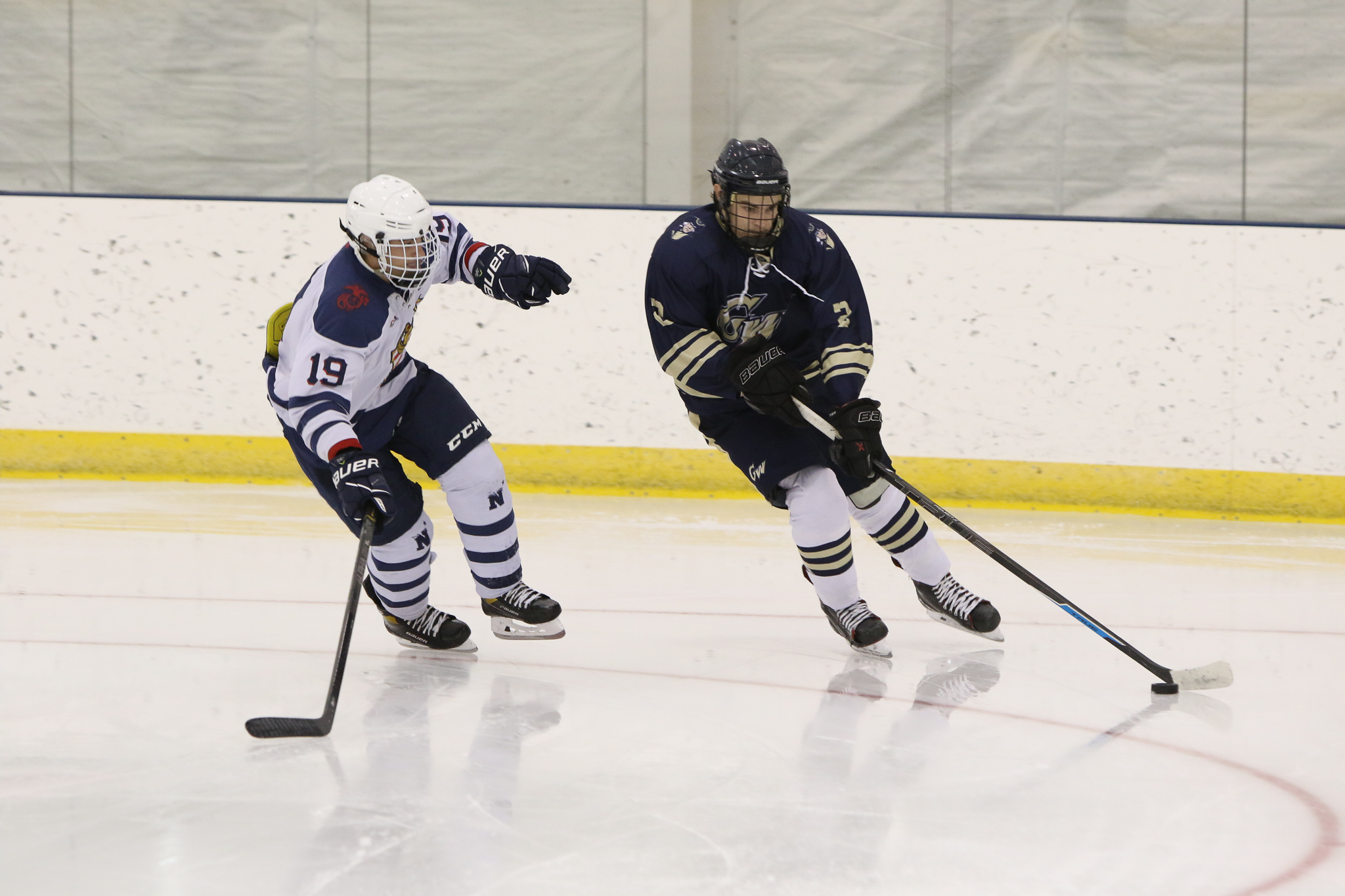 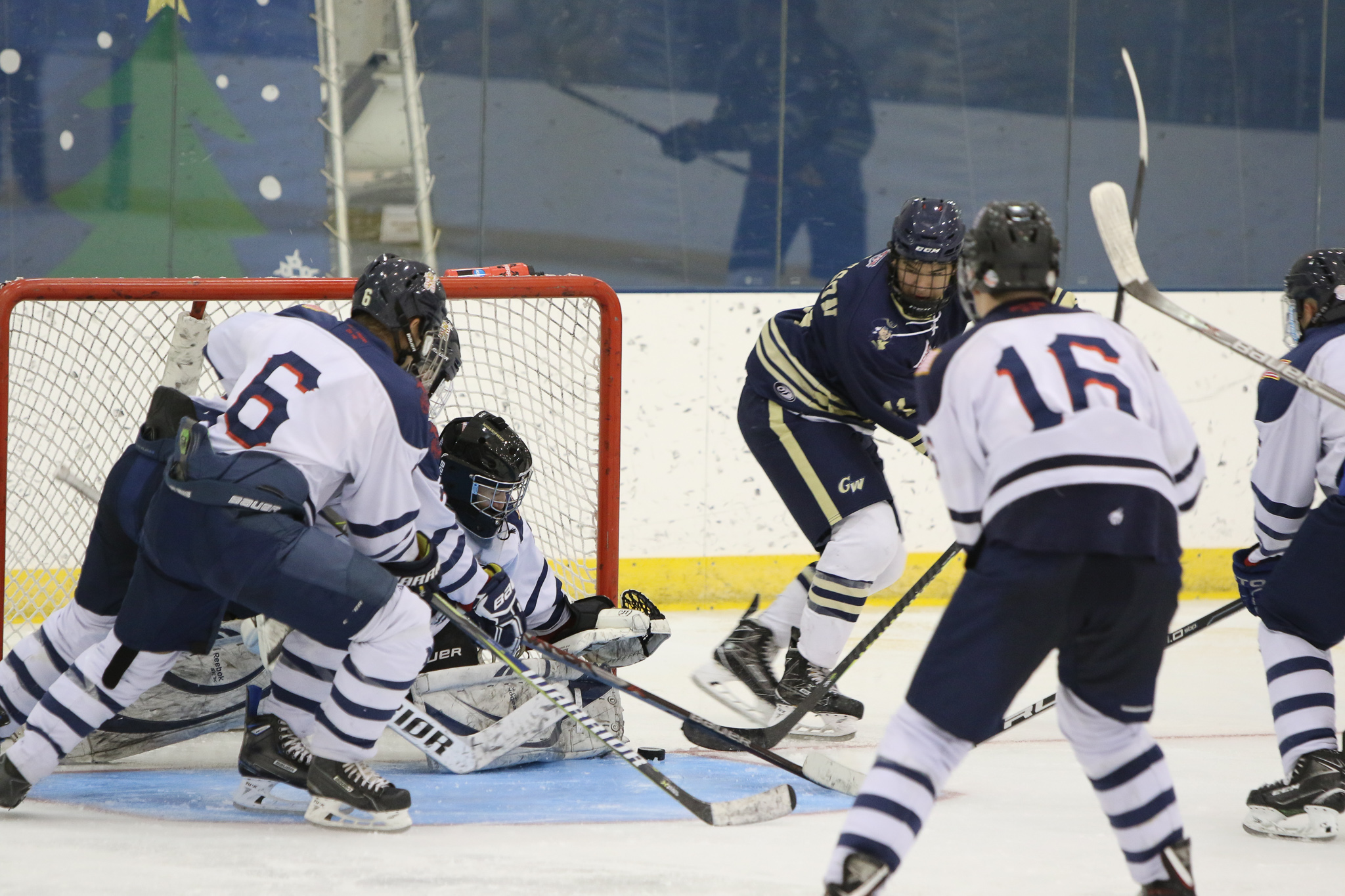 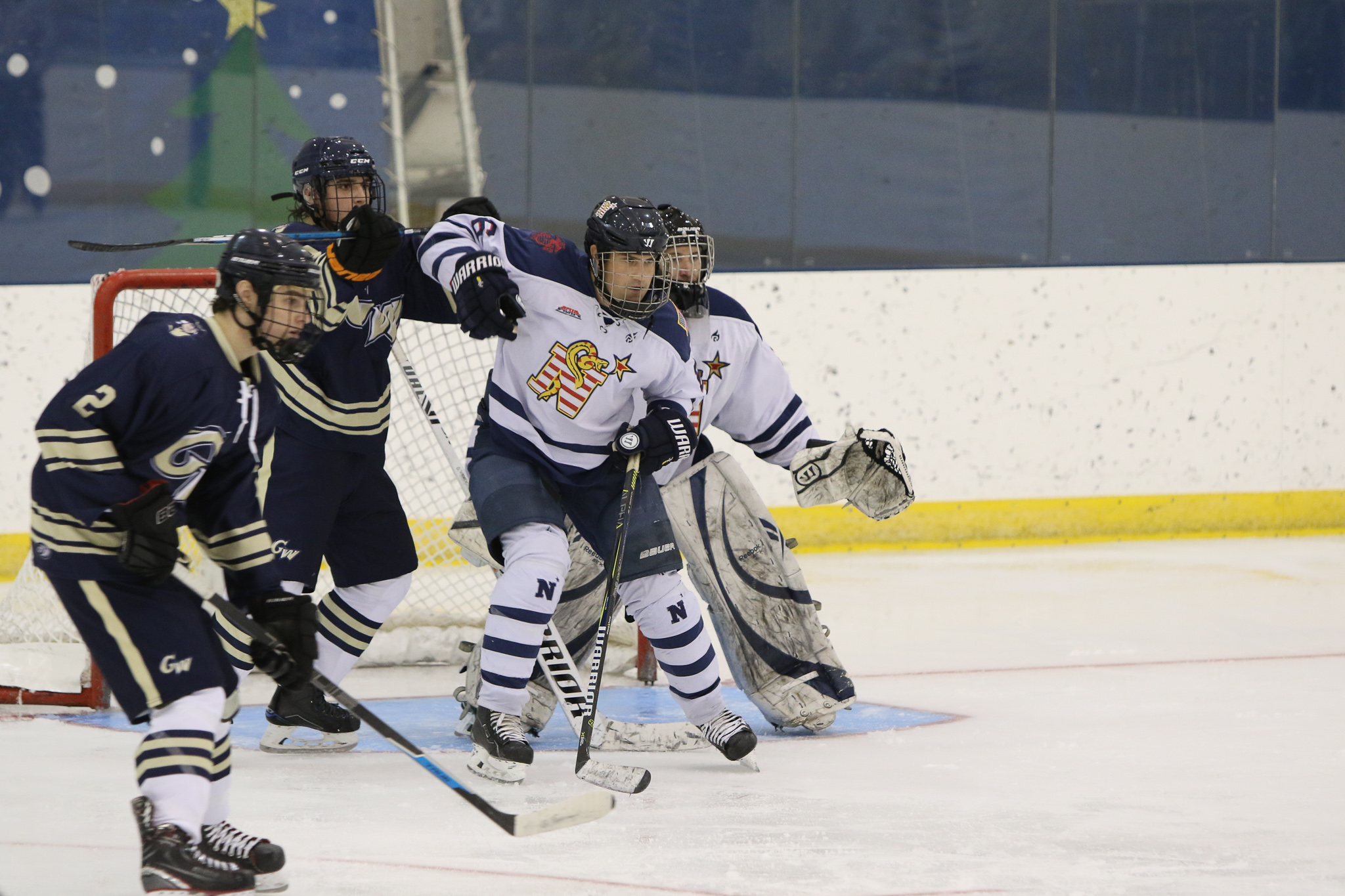 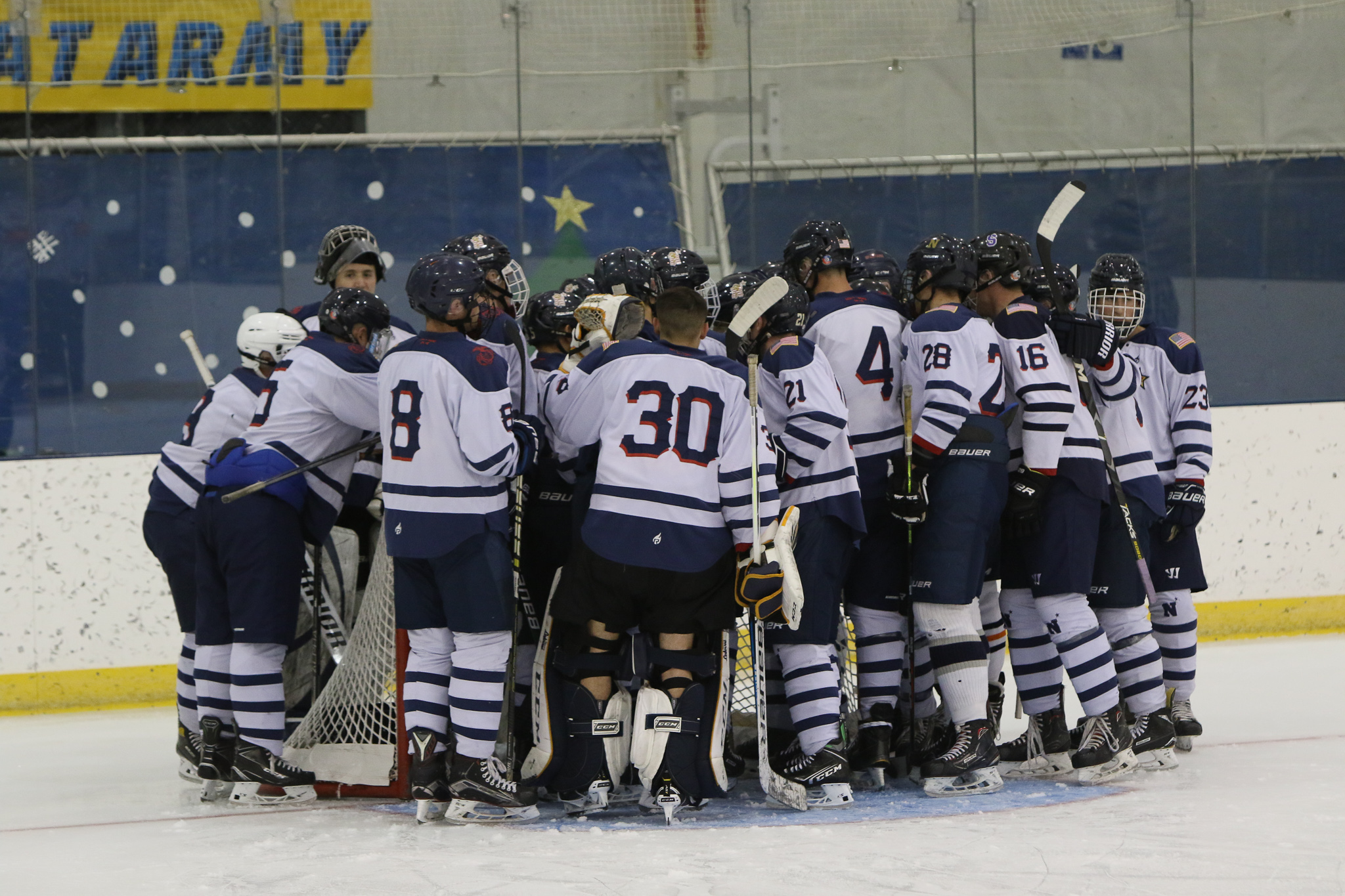 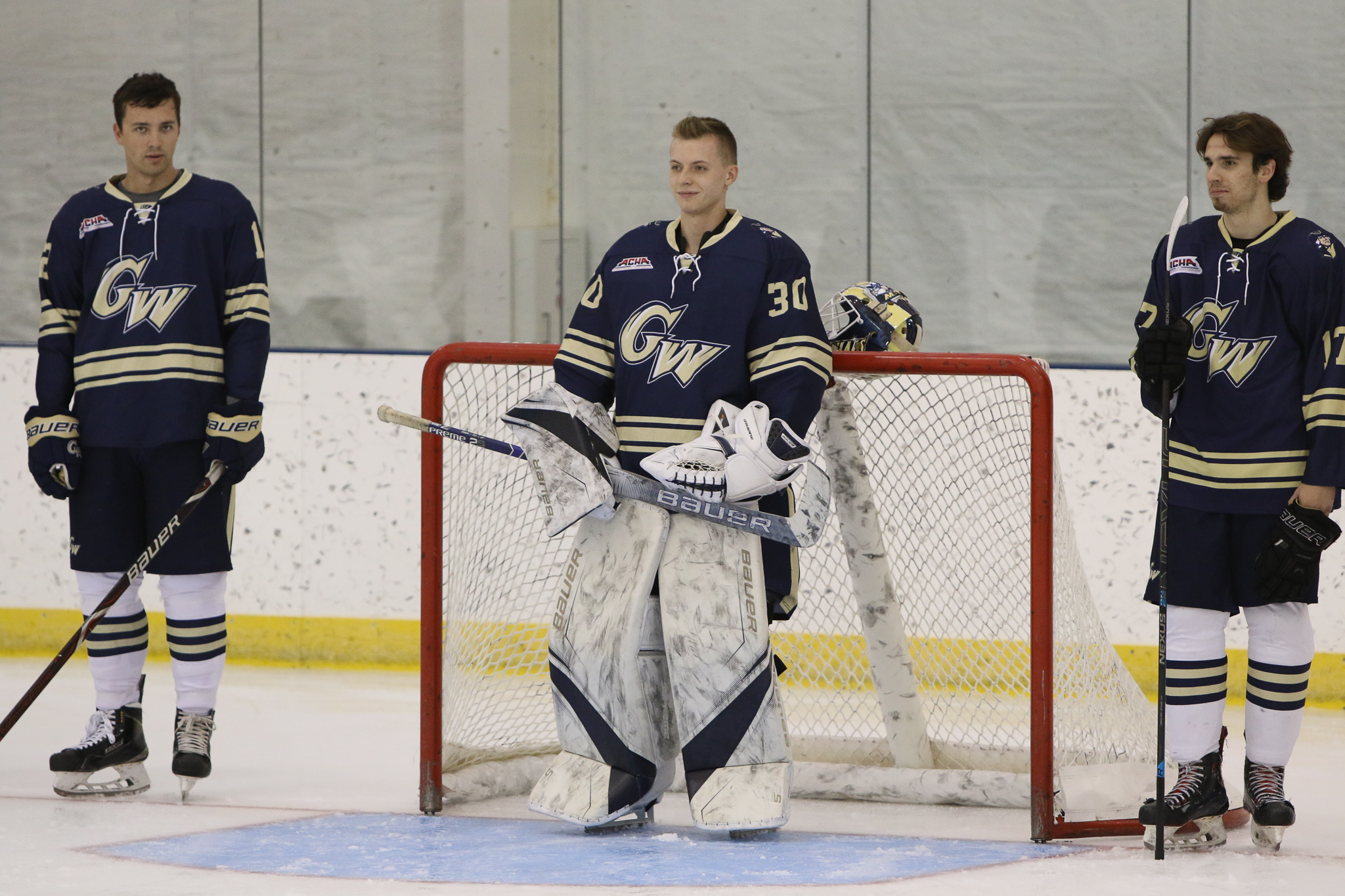 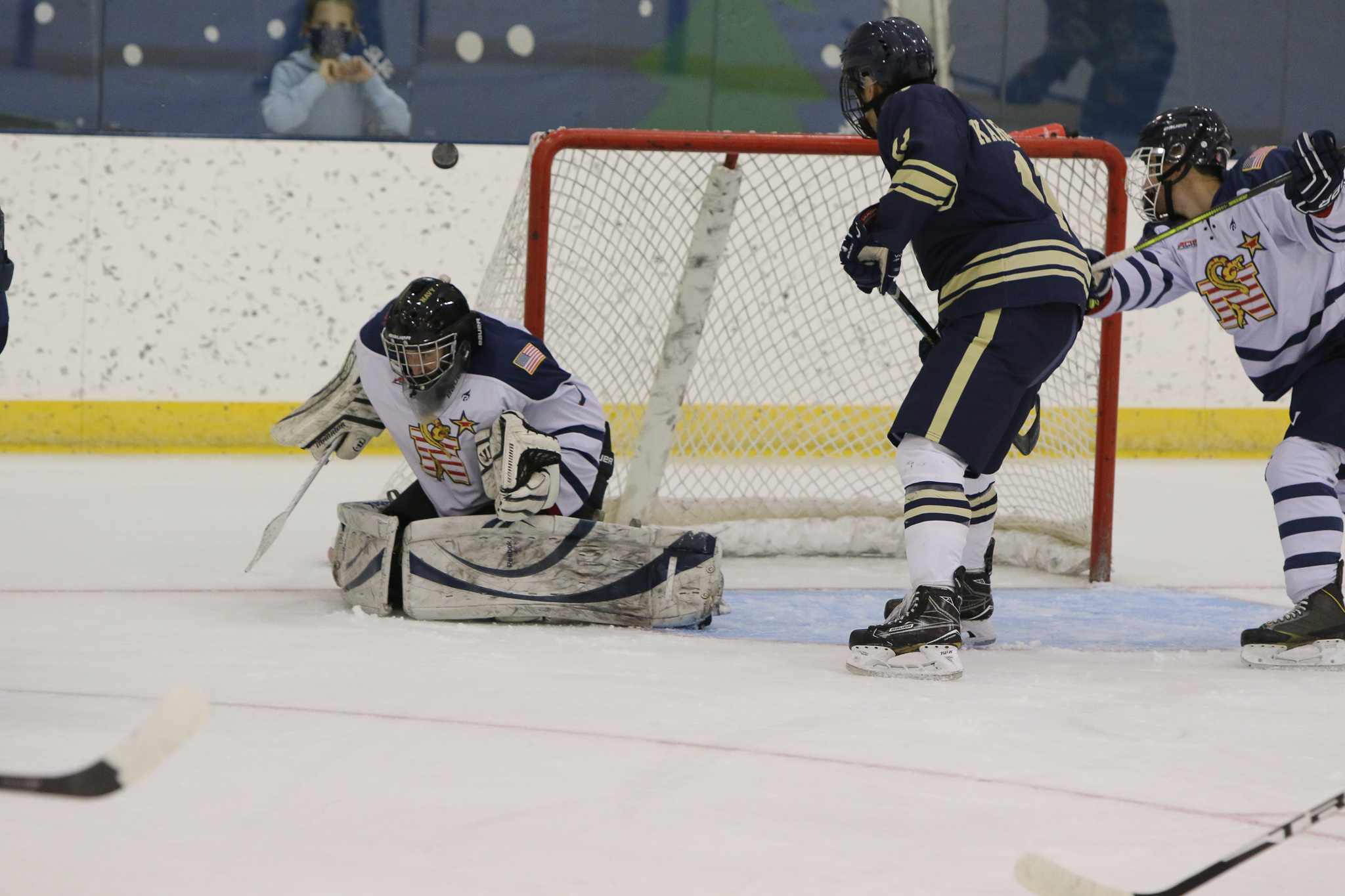