This is an event held every other year, where the ACHA Men’s Division 2 leagues across the country assemble a team comprised of their best players to face off against each other in a 5-game weekend.

The ACCHL All-Stars went into the weekend as underdogs in this 12 team showdown, having never won a single game ever since first attending in 2009. After a sluggish start and 4-1 loss against the Colonial States League, the ACCHL All-Stars won their first ever All-Star game 7-5 against the West Coast league thanks to spectacular goaltending from Elon’s own Colin Langham!

The ACCHL All-Star went on to win two more games, resulting in a tie for 4th place out of 12 teams!

Elon’s scoring sensation Sam Sarath showed that he could play with the big boys by tallying 3 goals and 2 assists on the weekend. Club president and team captain Nick Garfield had to demonstrate his ironman skills by playing in all 5 games.

Not only did the boys get to keep their All-Star jerseys, but also the fun memories and new friendships formed over the weekend. 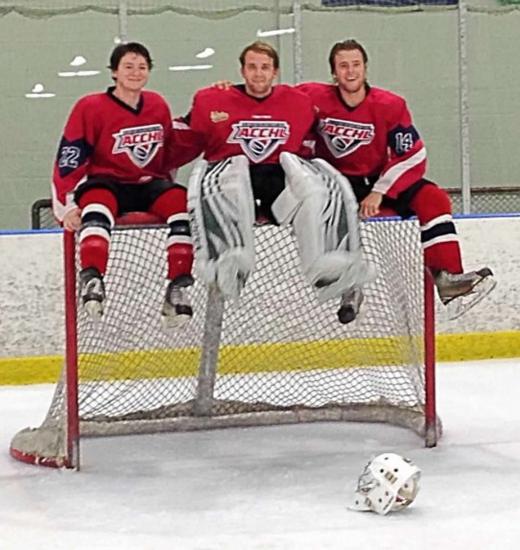